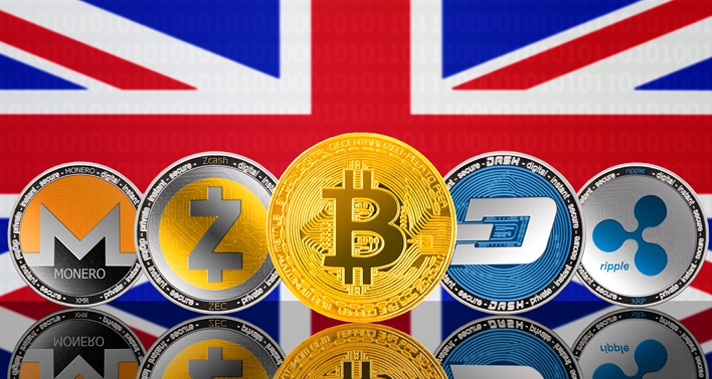 The UK government has laid out plans to become a “global hub” for the crypto industry, proposing new regulations for stablecoins, a Royal Mint NFT and a suite of other measures to court digital asset companies.

City Minister John Glen said in a speech earlier this month that the government was determined to show “the UK is open for business and open for crypto businesses”.

The speech marked the most emphatic message from the government so far in support of cryptocurrency businesses setting up shop in Britain, after criticism from the industry that the UK’s stringent regulatory approach and indifference from the government was throttling innovation.

“We see enormous potential in crypto,” Glen said. “We are not going to lower our standards, but we are going to sustain our technologically neutral approach.”

The minister added that the government would study the possibility of issuing government debt using distributed ledger technology. He said Chancellor Rishi Sunak had commissioned the Royal Mint to issue a digital collectible, known as a non-fungible token (NFT), by the summer as “an emblem of the forward looking approach we are determined to take”.

The UK’s crypto push comes as firms operating in financial hubs such as the UK and US are ratcheting up pressure on governments, regulators and lawmakers to offer clearer rules and regulations on digital assets.

Financial supervisors have had to balance the potential for crypto tokens to be used for illicit activities against its potential to offer innovative solutions for everything from asset trading to corporate governance.

In a sign that some top policymakers remained concerned about crypto, Bank of England governor Andrew Bailey warned on Monday that cryptocurrencies were the new “front line” in criminal scams, adding that the technology had created an “opportunity for the downright criminal”.

The UK Treasury also released long-awaited plans to regulate issuers of stablecoins – crypto tokens intended to mirror the value of other assets such as US dollars.

One of the Treasury’s proposals is to adapt existing laws that govern electronic money, such as funds stored on mobile phone apps, to cover stablecoins, bringing them under the purview of the Financial Conduct Authority. This would require stablecoin issuers to hold equal reserves of pounds sterling for the tokens issued, which could not be used for purposes such as lending.

The moves on crypto policy follow clashes between the industry and the FCA around its licensing regime for money laundering controls, which some industry participants have said was pushing firms to move overseas.

The perception that authorities were hostile to crypto had sparked concern about the competitiveness of British financial technology, including among some backbench Tory MPs, at a time when the government had aimed to boost the industry after Brexit.

Ian Taylor, executive director of industry group CryptoUK, which has stepped up its lobbying of legislators in recent months, praised the “change of tone from the government”.

At the beginning of the year, the government announced that it would crack down on misleading crypto adverts, subjecting them to the same regulation as other financial advertising.

Glen said the government would now be “widening the gaze” of its work on crypto regulation, including the trading of cryptocurrencies such as bitcoin, and consulting on new rules to create a “world-leading regime for the rest of the market”.