123signed is FinTECHTalents’ Fintech of the Week 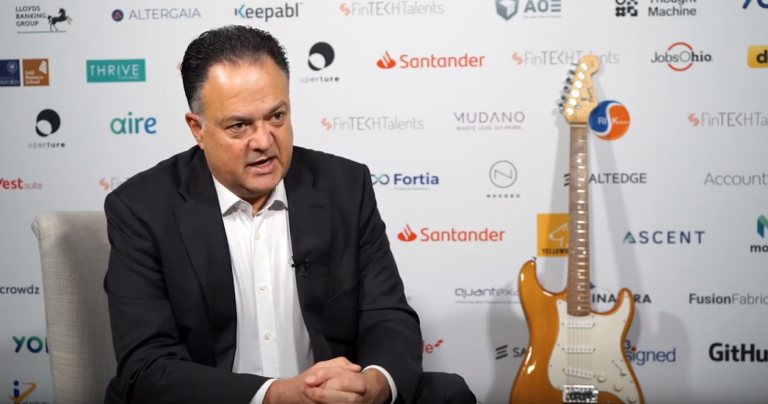 In their ongoing series of Fintech interviews, FinTECHTalents named 123signed its Fintech of the Week. 123signed Managing Director, Quent Rickerby, sat down with FinTECHTalents to discuss customer onboarding, barriers to scaling and growth and the move towards a more profitable Fintech community.

What is holding back the banks from automated client onboarding and verification?

I think the biggest challenge the industry has right now, especially for the larger organisations, is the legacy systems that are in place for compliance and onboarding. We’ve talked to a lot of banks, large tier ones, tier twos that can’t scale their businesses because they’re taking in a lot of client data, corporate data. Then that gets funnelled off to numerous suppliers so there’s no real automation at all.

We’re finding a lot coming back saying ‘we can’t even scale our businesses anymore, we can’t be competitive because of these manual legacy processes in place that we have supporting onboarding.’ It’s really becoming a challenge for the industry as a whole.

Legacy with regards to technology as well as culture?

I think if you look at, I’ve run a number of different payments companies, and these underwriting teams could be hundreds and hundreds of people where they’re taking in an application form and then that’s taking the KYC data, sending it off to a KYC provider, getting the KYB information, sending it off to a different provider, doing credit risk scores and everything else as well. To then, come back with a profile of that merchant and their risk categories and that’s a very manual process that takes sometimes weeks to do, depending on complexity. I think also, the biggest issue for the industry on the automation standpoint is a lot of missing documentation. A client will be getting, where a merchant will be sending information into a bank or into a payments company and they’re missing proof of addresses, directors, passports, corporate documents and so forth. That process is really becoming a drawn-out process involving not only the underwriting team but the sales teams etc.

When you start getting to these large tier one organisations that are processing millions and millions of individuals and corporations, that really bogs down the process and drags out that whole onboarding process.

Will creating an effective identity framework for digital economy be led by startups, incumbents or governments?

I think the industry’s going to go through a fundamental shift in how we operate right? I think there’s a huge push to anti money laundering, terrorist financing, suspicious activity, right? I think that’s going to grow if you look at how compliance has shifted even in the last five years. You look at the industry as a whole, even when I was running payments businesses my HR budget for compliance was probably 10% of my HR budget – five years ago or more. Now it would probably be 20%. I don’t see that changing, I think that’s actually going to increase over time where compliance risk onboarding is going to become critical.

What’s driving that? I think obviously regulation I think as the government’s put more and more regulation, more and more monitoring, PSD II, AML IV AML V and so forth, that continues to increase that will continue to put more pressure on companies. I think we’re at this critical stage now as an industry where those manual processes of doing compliance are no longer sustainable. There’s going to be a breaking point in the industry where revenues are getting squeezed, the cost of compliance is increasing and you can see payments companies going ‘I can’t afford to be in the business anymore because of the way the costs are increasing’. I think the change of regulation and how things are implemented is really a government’s, company’s, FinTech’s or coming together to sort of figure a way better way of doing this.

How does your solution allow banks to compete in an ever increasingly competitive environment?

Good question. I think especially the bigger banks that we speak to and we talk to all industries, so our platform, in essence, does identification of verification globally of individuals and corporations. We go out, we’re connected to numerous providers on a global basis that we can gather the information, verify it, confirm it, and then present that back to our clients and in an automated manner. To say, here are all your customers, directors, KYC or the company’s KYB, risk scoring, negative media and provide them with a single-eyes report that basically says ‘here’s the profile of that company or individual that you’ve wanted to do’ and then the risk score beside it.

That to me takes a lot of the heavy lifting out of the underwriting team going out and manually doing that. Also from our standpoint our platform proactively speaks to their customers and says ‘look these documents are still missing in your application form, you need to provide that to us’, which then takes away that whole manual process of the underwriting team finding the client saying ‘we’re missing a passport or missing corporate docs’. Our platform pre-emptively goes out there, actually says to the merchant or the client ‘you need to provide this documentation so we can complete your underwriting process.

Do you see consolidation in the future or a constant stream of startups coming into the market?

Another good question, I think that’s a million-dollar question. Where do I think the industry is going to go? I think you’re going to see a massive consolidation. You look at number of companies, Visa, MasterCard, the schemes are buying, whether it’s in payments, whether it’s in compliance, regulation, a lot of RegTech going on right now. Huge growth in that space.

I think there’s always going to be a lot of growth where investment money, for lack of a better word, is cheap today. There’s a lot of money going out in the investment community for FinTech. I think the biggest challenge the industry has right now is, the industry is saying ‘ok great, now how are you going to become profitable?’. I think that’s going to pivot and shift especially when there’s been a number of failed IPOs in the last few months. I think some of these investment firms are going to say ‘we’re still interested in investing in FinTech, but what’s your model to becoming revenue positive and revenue producing your ROI?’.

There will still be growth in the industry. But I think it’s going to be a different landscape than it is today. I think it’s going be very much driven by ROI and profitability, rather than just an endless supply of dumping in hundreds of millions of dollars into non profitable businesses.

To find out how 123signed can support your business, contact us here.